SUCCESSIVE GOVERNMENTS FORGOT WHERE THE INDUSTRIAL REVOLUTION STARTED. IT WAS FOOLISH TO GIVE UP OUR MACHINE TOOL INDUSTRY

In 1961 I was in my first term at Loughborough Colleges studying to be a PE and Modern Languages teacher. A serious rugby injury required surgery and was going to put me out of action for a year or more.

Rather than waste a year I went to work in my father’s fledgling 3 man machine tool rebuild company. This partnership was immediately successful and he persuaded me to stay because, in his words, “Advanced countries like the UK, the US, Europe will always need machine tools because they make everything you can see or touch”

I had a very successful, very rewarding early career. I turned our small family business into a very serious high value UK machine tool engineering group and when I left in 1976 to set up my own company the success continued. That put me into the position in1989 to buy 50% of Wickman Bennett the UK No 1 and one of the best known machine tool companies world wide.

My life was very comfortable but I had seen Wickman and other UK machine tool companies sitting on their laurels, on their strong history. When the chance came to buy and run Wickman Bennett I knew I could turn the company back into profit. I was undecided for a few days and then I read this Harvard press release – only one decision possible – go for it 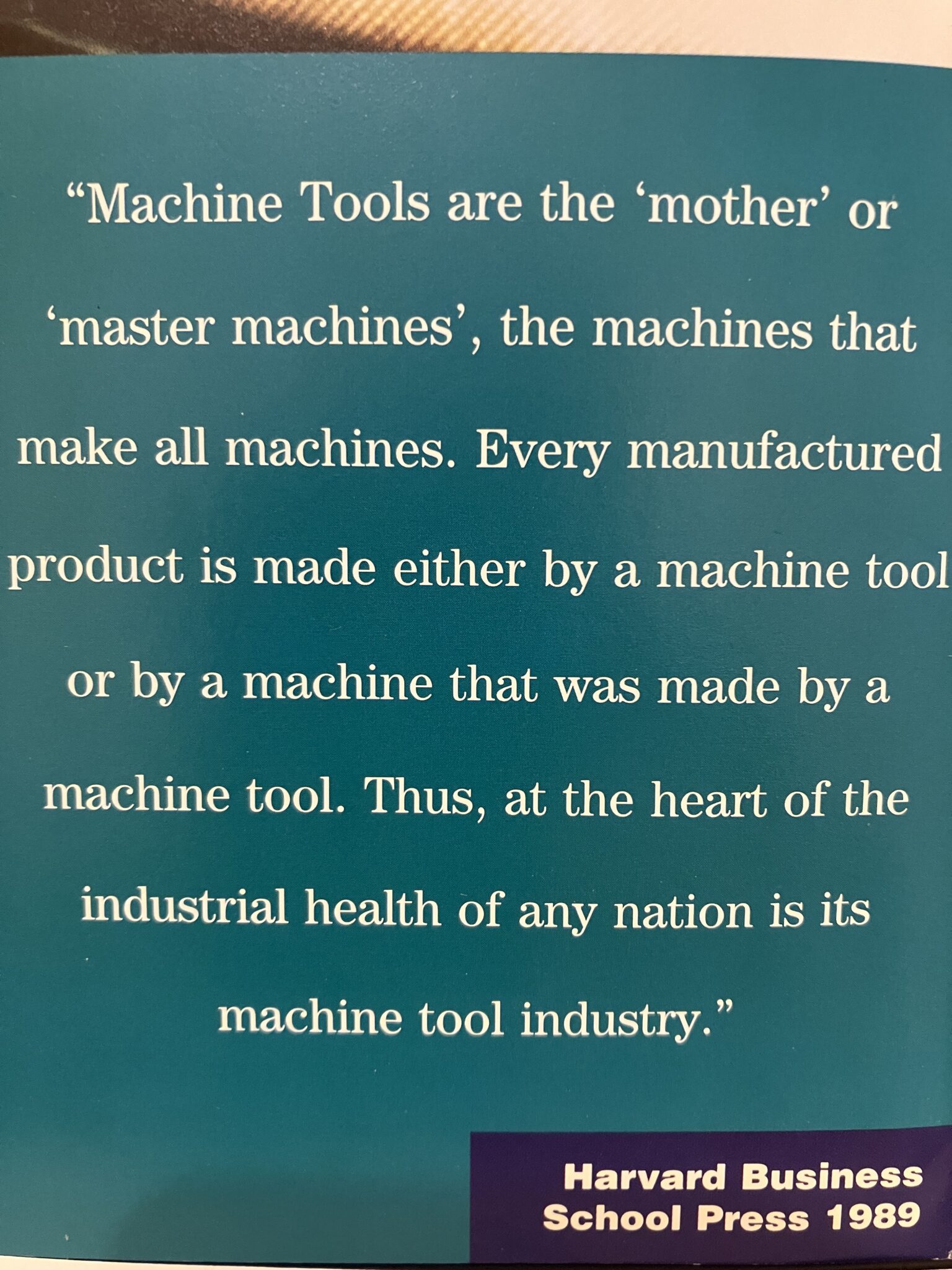 Harvard are saying exactly what my father had said all those years ago. Back in the 1960’s I had taken a part time Post Graduate Diploma course at Woolwich Polytechnic that was based on the Harvard MBA. I had a lot of respect for and faith in Harvard and MIT.

This report totally convinced me – do it!. So I went forward and bought Wickman Bennett

I saw this quotation from Harvard once again – in the MTTA 1996 report. This was the year we built our first Millennium machine and won an MTTA design award

At the same address in London it is now the MTA – the Manufacturing Technologies Association – no British machine tool builders left!

Despite not succeeding I don’t regret I tried. Few of the decision makers in government over all these years understand that de-industrialising has created a void. Those who like working with their hands now have few opportunities to work in a precision environment that boosts their self esteem. Machine tool industry supported tens of thousands of precision engineers.
Moving manufacturing to China and India has multiplied several times the greenhouse gas cost of each product made there and shipped here in huge pollution belching freighters
If you are interested to see where my 60 years obsession with machine tools has taken me – read on
The power point is specific to VTT and my Webster &Bennett life and obsession
We believe in machine tools and believe they should always be built with long life quality, not as 5 year disposables
Happily there are still engineering and manufacturing companies around the world that believe the same
And so we continue…………..